Esteban Peña Parga (b. Colombia, lives in UK) | The cloudy and hot atmosphere of a quiet sun 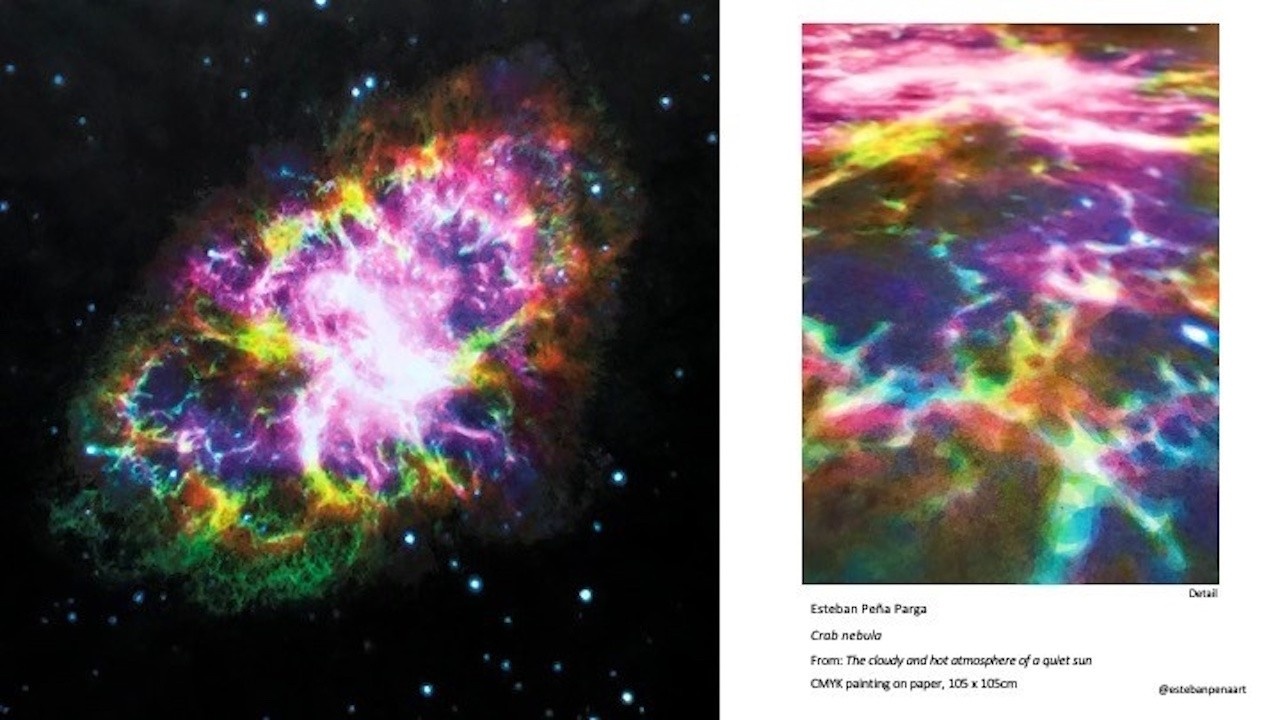 I am Esteban Peña Parga, a Colombian-born artist living and working in the United Kingdom.

My art practice explores painting, drawing and new media and examines the tensions between digital and analogue images and how experiences today are mediated by some kind of technology.

I have exhibited in different countries in The Americas and Europe. My works are part of public national collections such as of the Museo de Are Contemporáneo de Bogotá (MAC), Museo de Arte Moderno de Bogotá (MAMBO) and Museo de Antioquia in Medellin.

I am also a lecturer and researcher of the Fine Arts department at Los Andes University and have been involved in art education since 2001. As an educator, I feel responsible for building bridges between art and people interested in it.

I am currently working on a new body of work for an exhibition at Nueveochenta Gallery in Bogotá, opening at the end of September. The title of the exhibition is 'The cloudy and hot atmosphere of a quiet sun.'

You can see my work on IG @estebanpenaart.

The cloudy and hot atmosphere of a quiet sun

'The cloudy and hot atmosphere of a quiet sun' consists of a series of paintings on paper using experimental techniques for capturing astrophysical phenomena normally invisible to the naked human eye, such as an X-ray view of the sun or the remnants of a supernova.

The starting point for these paintings is images taken by modern telescopes such as Hubble or Chandra, which detect light that exists beyond the spectrum visible to the human eye, such as Ultraviolet and Infrared light. They translate these light waves into images that can be used in a scientific study by converting invisible light into colours. These colours and their densities, tones and hues are mapped onto images of astrophysical phenomena to denote variations in surface, temperature, mass and much more. In essence, colour is used to relay information.

This approach mirrors my own painting technique. First, I break down colour (light) into its basic elements of cyan, magenta, yellow and black— a CMYK palette. I then paint layers in single colours — a complete layer of cyan, a layer of magenta, and so on —, until I create a new image. The varying order and density of each layer create a complete spectrum of colours in the final piece; greens, purples, oranges, browns, and so on. Ultimately, the CMYK palette translates into a complete image.

In 'The cloudy and hot atmosphere of a quiet sun', subject and technique echo one another: colour/light is used to create an image, and, in this process, information or meaning is revealed. My practice has been grounded in this process for over a decade, which has allowed me to build a perceptive bridge between art and science. Having spent years representing the light that is visible to the naked human eye, I have now set myself the challenge of portraying invisible light.