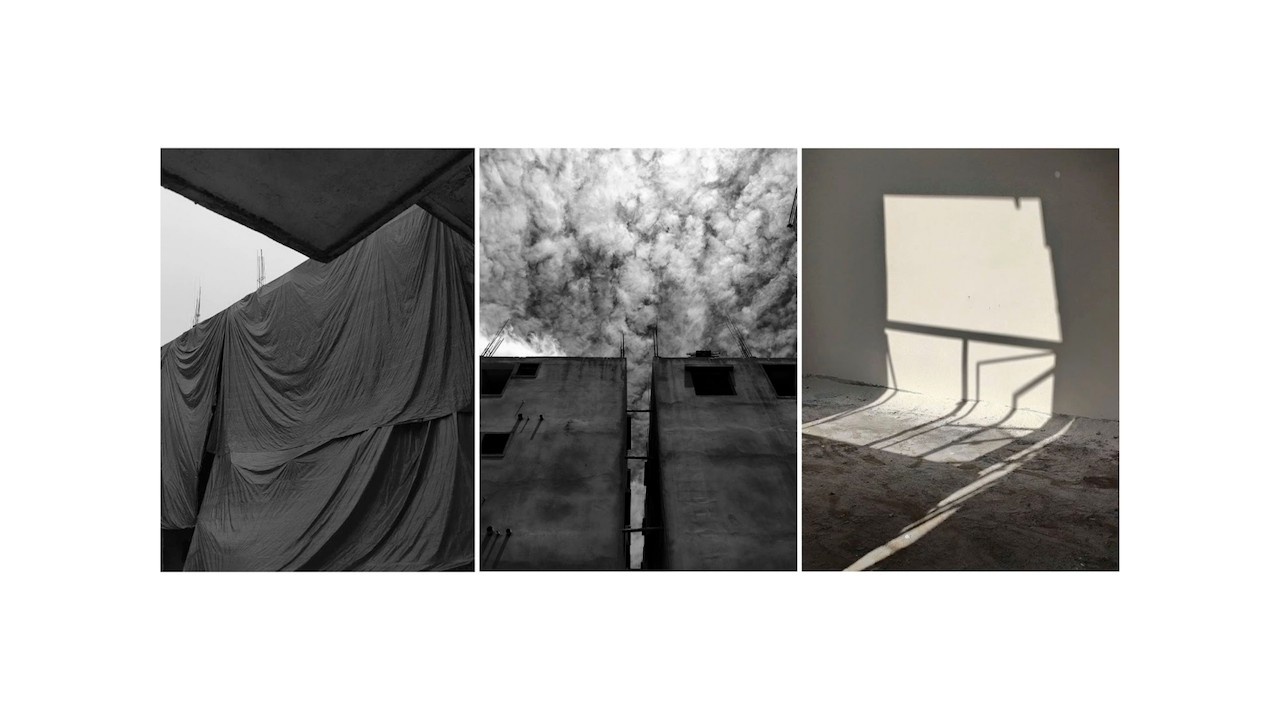 My name is Niyeti Chadha, and I am a visual artist based in Bangalore, India. My work is essentially informed by the built environment: the cities and spaces that we build, inhabit, and sometimes abandon. I grew up watching my dad working with verticals and horizontals – he is an architect – and I guess my fascination for built structures comes from there.

Though I have my MFA in Printmaking, my practice extends to various mediums and formats, from printmaking, sculpture, photography to large site-specific installations. I have exhibited at various venues including the Queens Museum (New York), Abrons Art Center (New York) and the Beirut Art Fair.

My recent body of work, titled Ecdysis, explores the metabolic character of cities: the city as an organism that is endlessly morphing and evolving. We watch it expand but it never dies. My interest in shifting and layered environments and materials developed during my residency at Gasworks in London in 2019. Researching the architectural history of London, I was fascinated by the layers of different physical materials that form the eclectic fabric of the city. From being a Roman outpost with a population of around 40,000 in the early 2nd century AD, it is now home to more than 8 million people today. Over the period, material requirements changed – as did the experience of the city. As we walk through the streets of London today, it is difficult to ignore the traces of stone, timber, and bricks from past eras reflected in the glass facades of blingy new buildings.

The term ‘Ecdysis’ defines the process of molting and shedding in invertebrates. I believe a city has multiple layers – historical, cultural, and philosophical – that are constantly rearranged, repurposed, or discarded as the city grows. In this series of 35 collages – featuring photographs, balsa wood, and Isograph pen on paper – I have used original photos of places I have encountered, such as the dwarfing skyscrapers in New York, the cold geometry of the National Theatre in London, and the uncharacteristically quiet bylanes of Soho.

The images are carefully cut, simplified into an arrangement of pure lines, tones and planes, and layered. I draw over them in an attempt to create alternate linear landscapes. You might recognize slivers from a very rigid Barbican Centre being stretched into a curve or a gothic gargoyle reflecting in a glass facade, all sheltering under layers of the drawing. 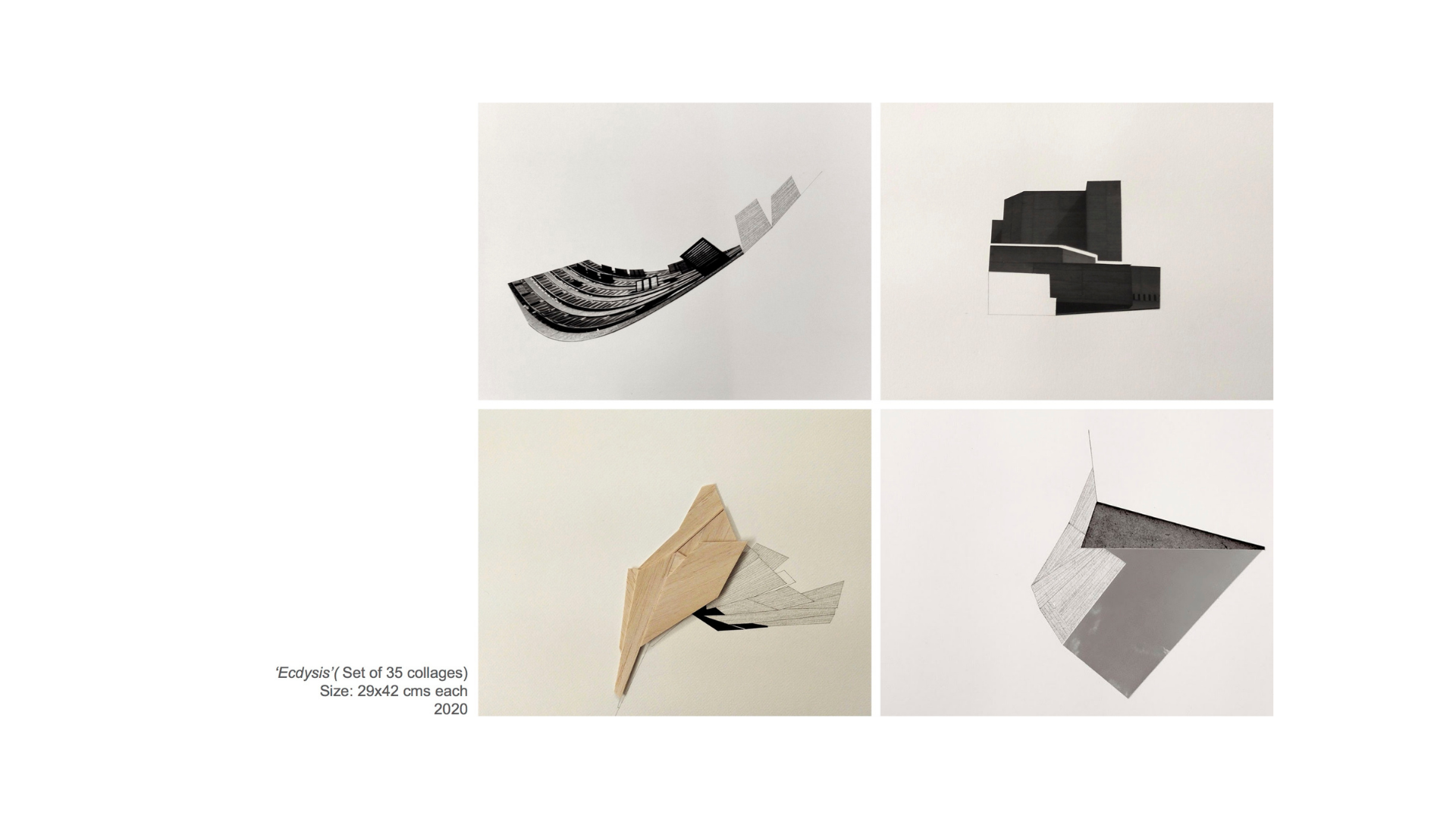