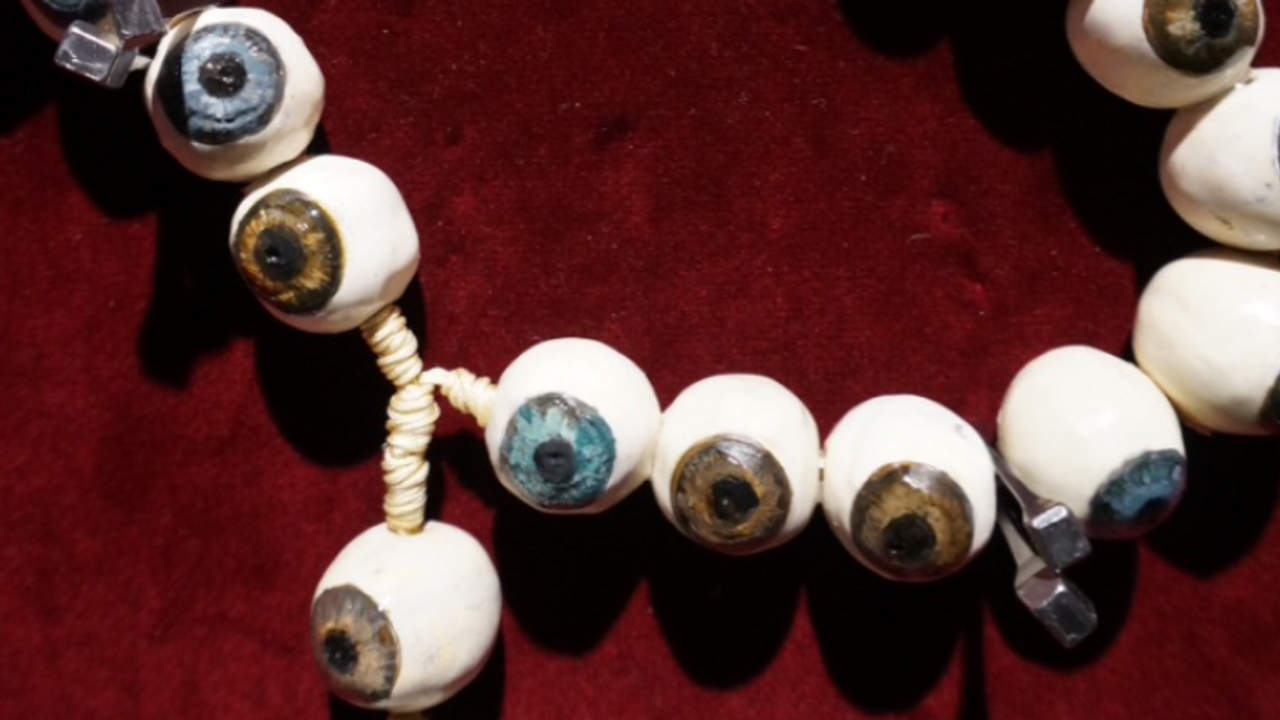 My name is Fernanda Gutiérrez, and I am an artist born and based in Chile. I work with installation, found objects, sculpture, photography, and performance. I have worked between Chile and Argentina for several years and I am represented by two art galleries, Espacio O and La Sala.

My work is mostly autobiographical. It is rooted in the repressive, deeply religious education I received as a child.

Raised by a severe father and a weak mother, I often felt helpless and angry. Little by little, the anger and impotence turned into fear. The fear turned into submission. I accepted that social and religious rules would protect me from myself, my desires, and my humanity. This led to a pervasive sense of anxiety, a latent feeling that has persisted throughout my life.

About my practice: my creative process begins with something that I come across, like an object or garment, that awakens my memories. I imagine new objects or recreations that can visualize and represent those memories. Sometimes it will be a situation or conversation that initiates in me the process of creating something new.

My latest work is based on my attempts to identify the root causes of my state of generalized anxiety: upbringing, self-esteem, and judgment.

This project was called “Lost Past” (2017, "La Sala"). Here I will dwell on three pieces that represent the engines of anxiety.

One piece is also named “Lost Past”: a traditional wooden school bench with leather clamps to hold the body and feet, placed against the wall. The desk area – representing the space of freedom to do and think – is cut off, a comment on how the education system I was subjected to restricts the imagination and creativity rhythm. 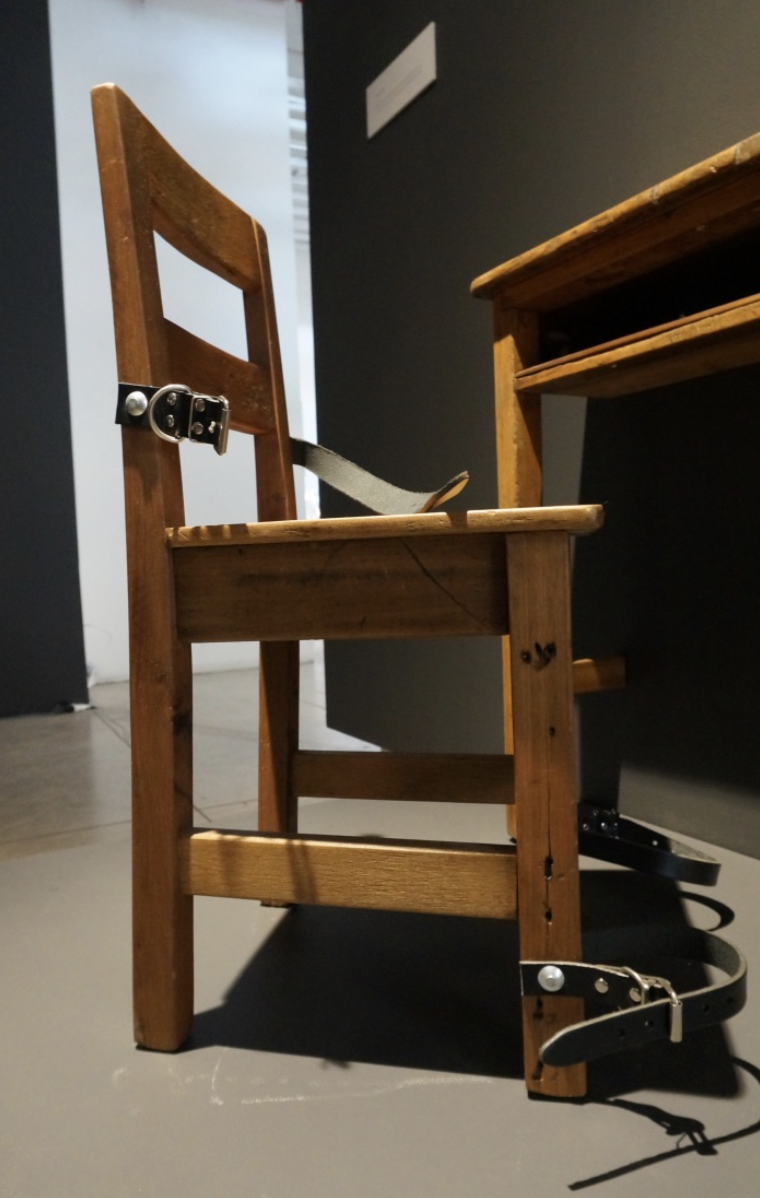 “Omnipresence” is a Catholic rosary whose beads are eyeballs, made with ceramic and mounted in a glass box on a velvet background. It symbolizes the omnipresent God who penetrates and restricts my intimate spaces, and the religious and social ideology of domination. 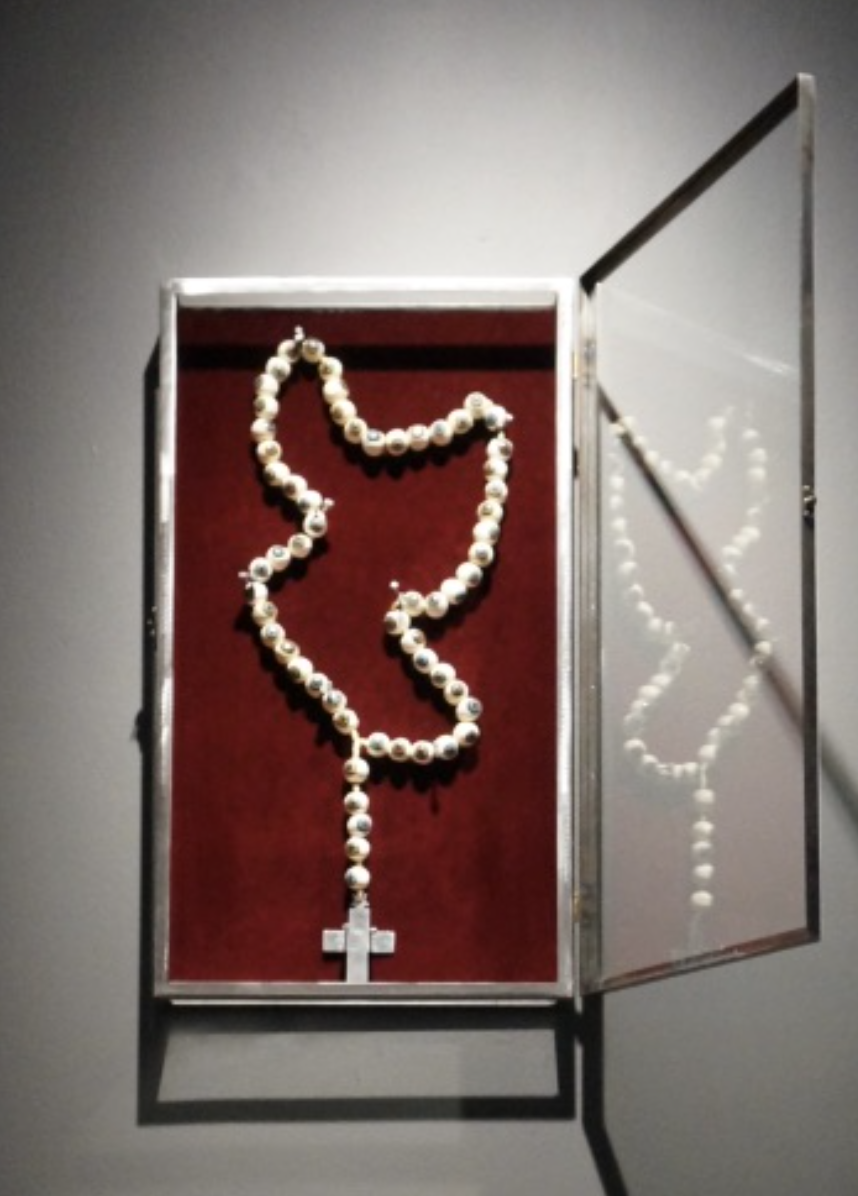 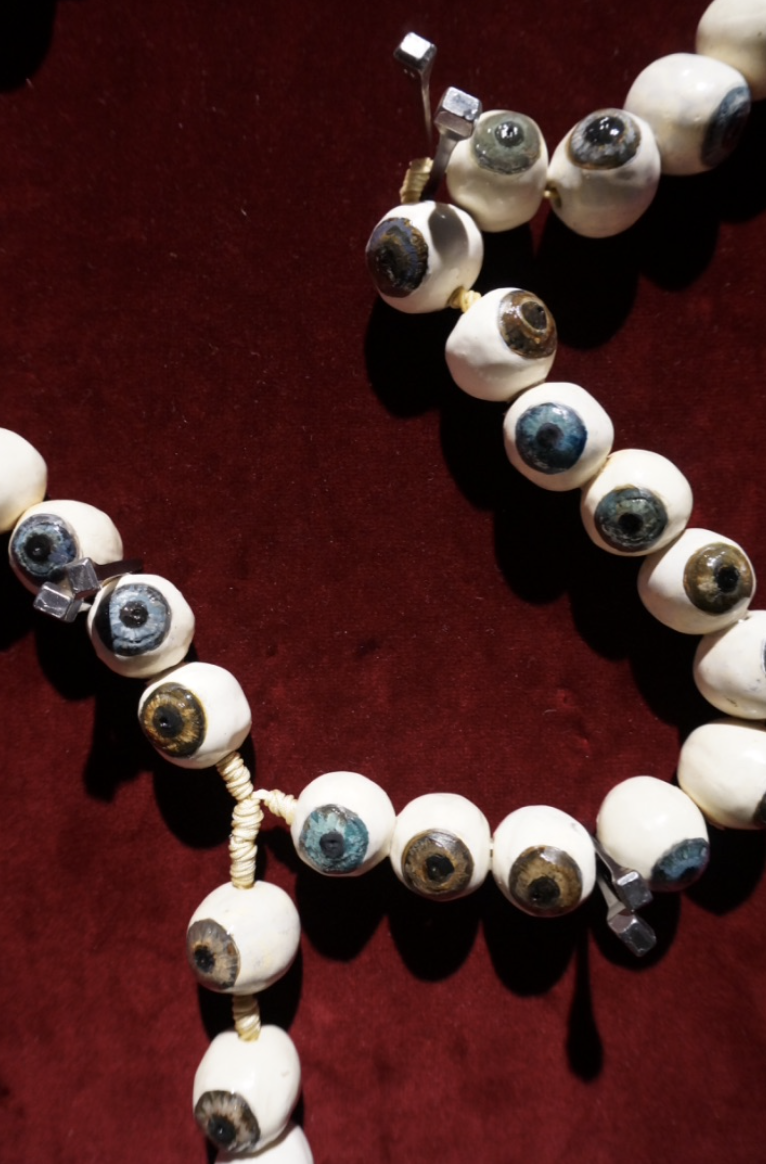 Finally, “Evil Genealogy” consists of a photo performance, in which I took on the roles of 6 figures that I identified as exerting power over me. This work relates commonplace situations that occur within elitist and traditional families, where women are responsible for passing the duties of virtue and decency on to future generations, and are valued according to how successfully they do so. The purpose of this work is to demonstrate the power of the impression that I project and the importance of the judgment of others in my self-esteem.

My current investigation, “Raised Bad”, looks at women from the same generation but different geographies, exploring the different trajectories of their lives and how these are linked to their upbringing, their traditions, and their beliefs. The goal of this research is to distinguish social-cultural crossovers and their effects, and also to collect enough material to start the process of production for an artwork.